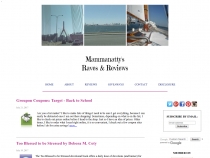 We have had an abundant of snow this past weekend to test out the Scrape-a-round ice scraper and if you are tired of scraping your windows the old fashioned way, then join the many who have switched to Scrape-a-round. You will scrape your windows clean in half the time compared to regular ice scrapers with the world's best windshield ice scraper - Scrape-A-Round.

So, the snow storm over the weekend brought extreme cold temperatures with it, so my husband was kind enough to test out this product for me, because, come on, who wants to go out in single digit weather? Not me, so I was delighted - my husband said it was easy to use and did indeed help him clean off the car in less time, however, it was not a product he could use on his truck where an extension scraper is required. The Scrape-a-round is ideal for cars.

The three pack is available online for $18 - check it out at: www.scrapearound.com.

Why is the Scrape-a-round better than the usual, hard to use old scraper?

- It has softer plastic that allows the scraper to conform to the natural window curvature!
- It has 18" of ice scraping surface.
- The comfortable grasp provides relief for the arthritic or carpal syndrome sufferer.
- Allows for direct pressure to the window, no pressure lost through the ice scraper!
- Multi functional, remove the cap and it doubles as a funnel.
- It scrapes windows frost and ice free in half the time!

Operate it by grasping the cone section with the larger cone base against the frosted window, press firmly, draw back and forth or in a circular manner for more difficult ice. The pointed cap attribute is used to break up hard ice buildup, the cap can also be removed and the cone inverted, to be used as a funnel for adding windshield washing fluid, etc.

Leave a Comment
submit a review Join our blog team